Did you miss the Stabilize Your Shoreline Workshop? No worries – you can listen to the workshop online here. 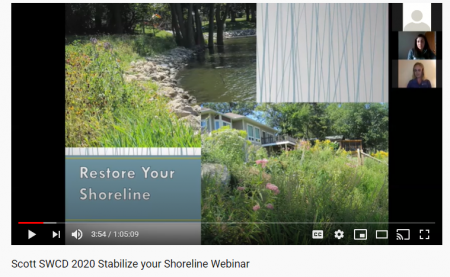 Learn how to protect your shoreline from erosion and how keep your lake clean! Workshop is taught by Scott Soil & Water Conservation District (SWCD) staff. The workshop will cover different planting techniques and give you all the resources you need to begin your restoration process! 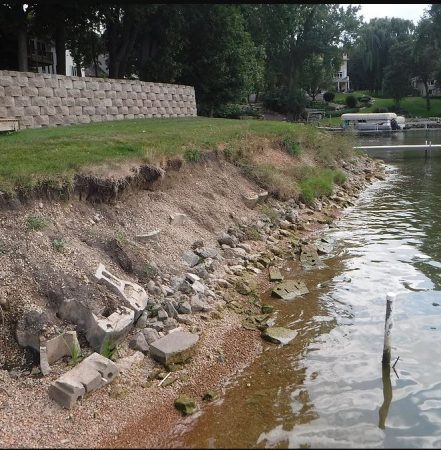 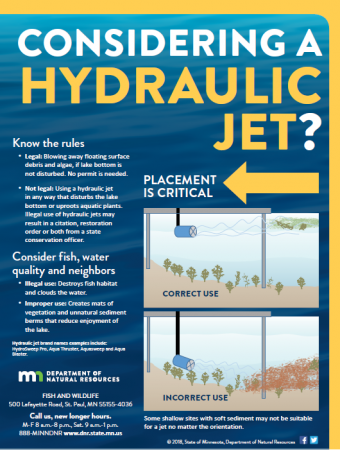 Using hydraulic jets to get rid of “muck” or to uproot aquatic plants in public waters is illegal, according to the Minnesota Department of Natural Resources.

“We remind lakeshore property owners that just because you can buy a hydraulic jet does not make them legal to use in all situations,” said Jon Hansen, aquatic plant management consultant. “You may not use them in any way that disturbs the lake bottom or destroys rooted aquatic plants,”

Hydraulic jets, including products like HydroSweep, Aqua Blaster, Aqua Thruster and Aquasweep, can resemble a fan or trolling motor contained in a short tube and create strong currents of moving water. These products are often advertised to control or remove “muck” and “weeds” from a lake bottom; however, using hydraulic jets in this manner is not allowed in Minnesota.

A person may legally operate a hydraulic jet if it is placed high enough off the lake bed so that it does not disturb the bottom or destroy rooted aquatic plants. It should be directed upward toward the water’s surface, which can prevent dead vegetation and duckweed from collecting around docks and boat lifts. Any displacement of sediment or removal of aquatic plants as a result of operating a hydraulic jet would be deemed a violation and may result in a fine.

Aquatic plant regulations and a guide to aquatic plants can be found at mndnr.gov/shorelandplants.

Do you have an eroding shoreline? Want to make your shoreline more lake-friendly? Join us for our free Restore Your Shoreline Workshop!

At the workshop you’ll learn how to protect and restore your shoreline with seeded or planted buffers between your lawn and the lake. Not only will a shoreline restoration stop the erosion and protect your lakeshore property, you’ll also be helping improve the water quality of the lake you love! Flowers in your planted buffer can add a splash of color to your shoreline and provide habitat for birds and pollinators.

You may even be eligible for free technical assistance to help design your project and for cost share funds of up to 50% of the cost of materials and installation!

This free workshop is open to all Scott County residents. Visit  www.scottswcd.org or call the Scott SWCD office at 952-492-5425 to register. 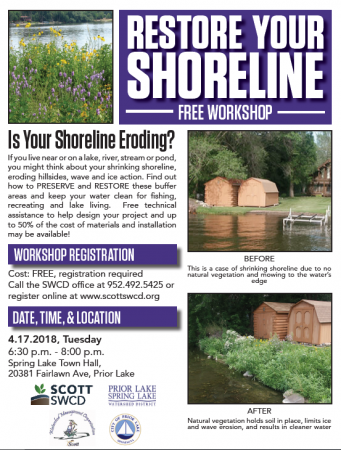