The Prior Lake-Spring Lake Watershed District received a permit by the Department of Natural Resources (DNR) on July 24 to add a restriction to the Spring Lake weir to assist with downstream flooding on Prior Lake. Four boards were placed on the weir on July 25.  The DNR permit required the District to remove the logs once the water level of Prior Lake reached 903.0. On August 18, three of the four boards were removed and one board was left to minimize the impact downstream and to continue to allow water to flow down the stream. Since water flowage has now ceased, the fourth board was removed Monday, October 20th. For more information, please contact the District at 952-447-4166.

The Department of Natural Resources permitted the Watershed District to dam the creek until Prior Lake reached an elevation of 903.0. That elevation has been reached, so 3 boards have been removed.

The fourth board will be removed at a later time.

Temporary, lake-wide, slow no-wake restrictions will be lifted on Prior Lake because it has been below an elevation of 903.5 for three consecutive days.

Twenty Four counties and two tribal governments have been added to the eight counties in Minnesota earlier declared disaster areas by the federal government due to extensive flooding.  It is expected that Federal Emergency Management Administration (FEMA) inspectors will meet with the Watershed District and our partners in early August.  This is phase 2 of a process to apply for federal funds to help pay for public infrastructure damages due to the flood.

The City of Prior Lake’s maintenance crew installed 4, 6×16” large timbers to the height of the channel wall or 911.7 feet on Friday, July 25. 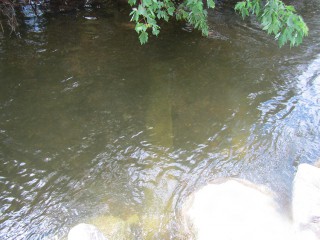 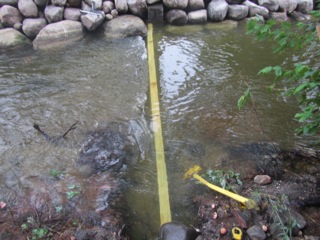 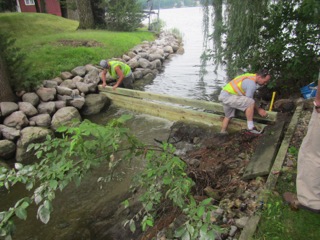 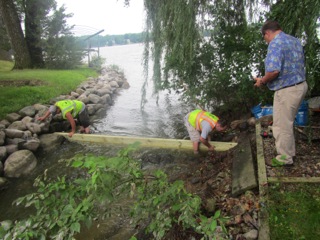 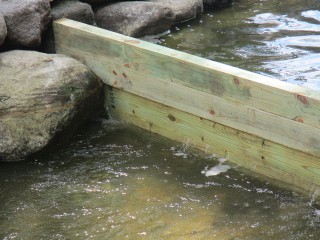 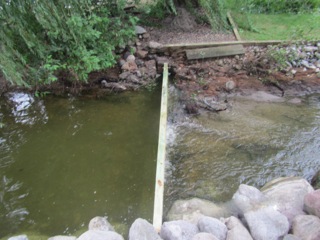 The City of Prior Lake held a meeting with residents on July 25 to discuss flooding issues and clean-up.  To see a copy of the PowerPoint presentation presented by Katy Gehler, Public Works/Natural Resources Director, click here.

The Prior Lake-Spring Lake Watershed District received a permit by the Department of Natural Resources on July 24 to add a restriction to the Spring Lake weir to assist with downstream flooding on Prior Lake. Logs are easier to install and more effective then sandbags for this purpose and they will be placed on the weir on July 25.  In order to prevent potential flooding to Spring Lake homes, the restriction will be removed when rain events bring the level of Spring Lake to 912.4 feet or when the water level of Prior Lake reaches 903.0.

The slow-no-wake restrictions are intended to reduce shoreline erosion due to boat wakes during high water (flood) events. Prolonged flood conditions saturate the shoreline soils, increasing the potential for erosion and property damage due to waves from watercraft.

Scott County declared a state of emergency for the entire county, due to flooding. The Department of Homeland Security is looking at declaring 30 counties in the state as emergencies.  If they are approved, the Federal Emergency Management Association (FEMA) would reimburse the state for up to 75% of recovery expenses and the State would cover up to 25%.  At this point, the State has set aside $3 million for an emergency fund; however, it is possible there will be a special Legislative Session to authorize more funding. Scott County’s emergency limit is $454,748.

Minnesota will receive $4.25 million in federal funding to help repair roads that have been damaged by the devastating flooding.  The funding from the Federal Highway Administration’s (FHWA) Emergency Relive Program will help reimburse Minnesota for road repairs and reconstruction in response to extensive flood damage across much of the state.

Note:  This table is not accurate after the Spring Lake outlet restriction is put into place.

The table below gives approximate flow in cubic feet per second (cfs) coming from Spring Lake and flowing into Prior Lake.  To get the most current flow, use the Spring Lake level provided at the top of the PLSLWD home page and compare it to the table to get flow.  Flow leaving Prior Lake through the Outlet Structure is at max capacity (approximately 60 cfs) until Prior Lake gets back down to about 903.5’. 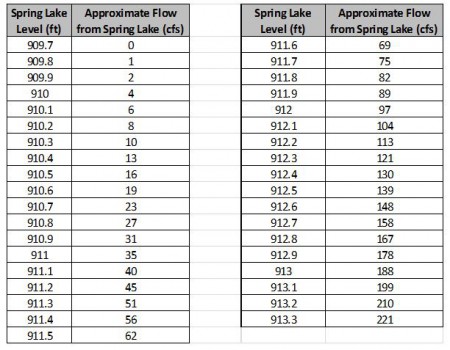 Spring Lake drains into Prior Lake through a natural channel and is the primary contributor to Prior Lake. Since Prior Lake does not have a natural outlet, the Prior Lake Outlet Structure was installed by the Watershed District in 1983 in response to flooding issues. The Structure consists of an intake structure and a 36” concrete pipe leading to an outlet channel. The pipe is full of water and has been for quite some time, so it is at capacity. Once the lake reaches 902.5 feet, the water flows over the outlet structure through the Prior Lake Outlet Channel and into the Minnesota River.

Due to the number of rain events we’ve had this spring, we’ve received calls regarding lake levels and outlet structure operations from residents living on Prior Lake. The outlet structure is operating at capacity and has been. There have also been questions about opening the outlet structure’s lower gate to increase the amount of flow out of the lake. Opening the lower gate does not increase discharge capacity at current lake elevations. The lower gate is effective and typically opened when the water level is below 902.5 — only in March or April during spring snowmelt. Sandbags are available with the City of Prior Lake. Contact Pete Young at 952-447-9831.