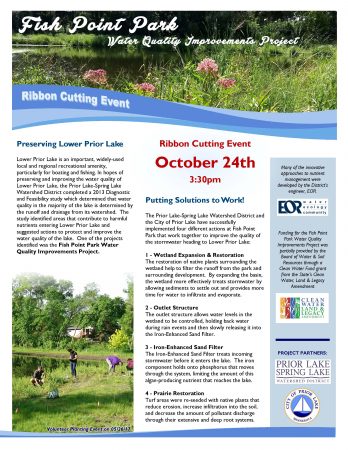 Join us for a ribbon-cutting ceremony at Fish Point Park to help celebrate the new water quality projects at the park!  The Prior Lake-Spring Lake Watershed District has partnered with the City of Prior Lake to complete this important project aimed at maintaining good water quality in Lower Prior Lake. 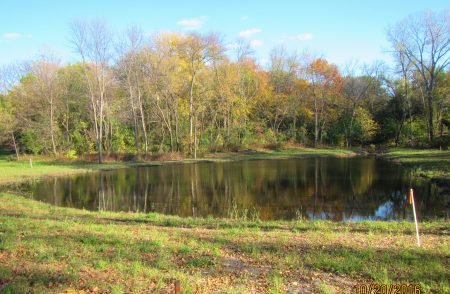 The project was completed through a partnership between the Prior Lake-Spring Lake Watershed District (PLSLWD) and the City of Prior Lake and partially funded by a grant from the Board of Water and Soil Resources (BWSR)’s Clean Water Fund program.

Stormwater runoff from over 89 acres of land is funneled through Fish Point Park before it enters Lower Prior Lake, making it an ideal location for a stormwater treatment train. This project includes four elements: a wetland enhancement, a water control structure, a prairie restoration, and an iron-sand filter. Together, these four BMPs work to reduce the amount of phosphorus entering the lake by 34 pounds per year. 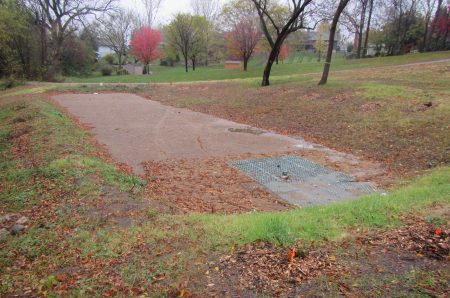 The last lake in the Spring and Prior chain of lakes, Lower Prior Lake is a regionally important recreational and ecological resource. Unlike the other two lakes in the chain, it remains off the Impaired Waters list and PLSLWD and the City of Prior Lake want to keep it that way. Given the urban watershed that surrounds this lake, significant actions to reduce untreated stormwater needed to be taken.

If you’d like to see the project for yourself, Fish Point Park is located west of Highway 13 at 15111 Fish Point Road in Prior Lake.

To learn more about the project visit the Fish Point Park project page on the District’s website or call the District at 952-447-4166. 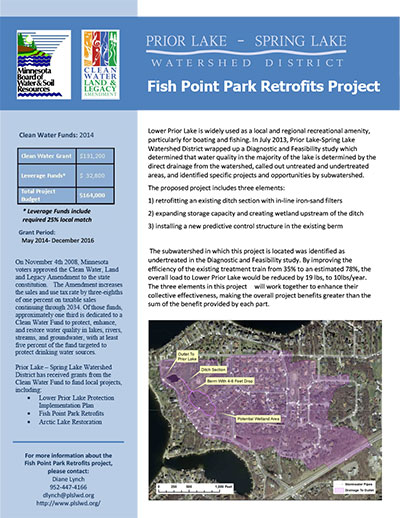 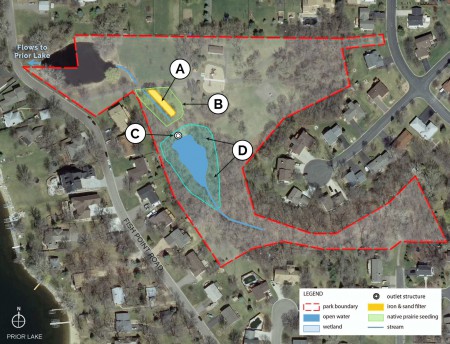 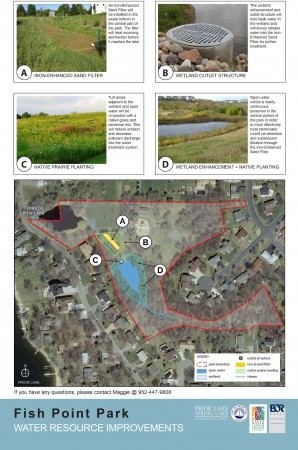