According to the US Drought Monitor, the Prior Lake-Spring Lake Watershed District area is currently experiencing moderate drought. Possible impacts for this drought category include damage to crops and pastures, low water in lakes and streams, developing or imminent water shortages, and water use restrictions. Our local lakes, streams, ponds, and wetlands are all being impacted by the lack of precipitation.

Low water levels are not completely abnormal in the Prior Lake area.  The following graphs and images show fluctuations in water levels on Prior Lake since 1906.  Figure 1 displays the minimum lake level that was reported on each year there was data. Keep in mind, not all years have data and some years only have one reading, especially on years prior to 1970. The lowest level of 883.60’ was recorded in 1938, nearly 18’ lower than the lowest 2021 level of 901.34. 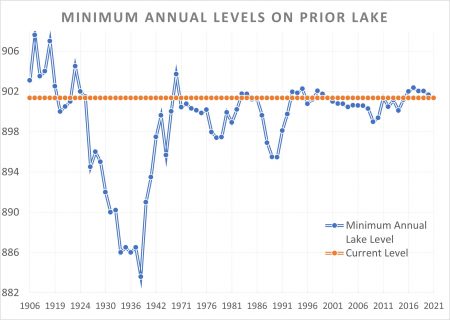 Figure 1: Prior Lake levels have been recorded since 1906. 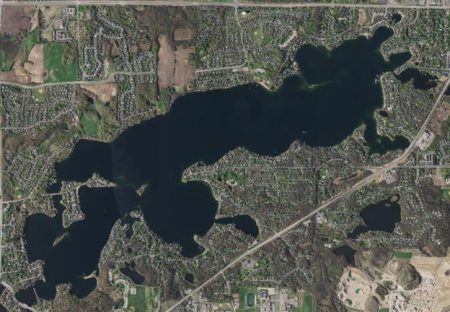 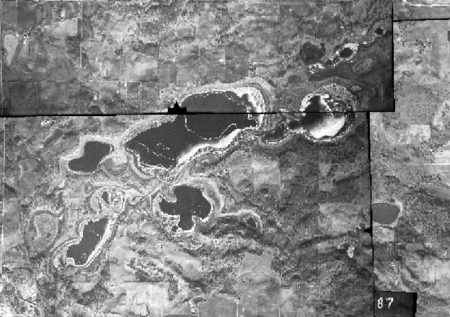 Not only is the drought impacting water levels, but excessively hot temperatures are contributing towards algae growth and low dissolved oxygen levels, which can lead to fish kills.  Dead and dying fish have been observed recently on Little Prior and Lower Prior lakes. 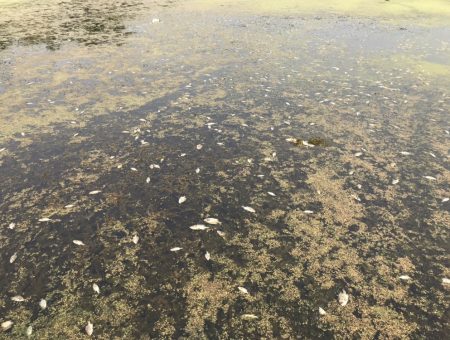 Low water levels and hot temperatures are believed to have contributed to this fish kill on Little Prior Lake observed on 7/29/2021.  Prior Lake-Spring Lake Watershed District staff reported dissolved oxygen (DO) levels ranging between 2.32 mg/l at the surface and 0.11 mg/l at the bottom of the lake that day.  Fish generally get stressed out when DO is lower than 4 mg/L, though different species have different tolerances.  Dead fish observed include panfish, largemouth bass, and northern pike.

To report fish kills, please call the state duty officer at 651-649-5451 and email Jaime Rockney at the Prior Lake-Spring Lake Watershed District at jrockney@plslwd.org.