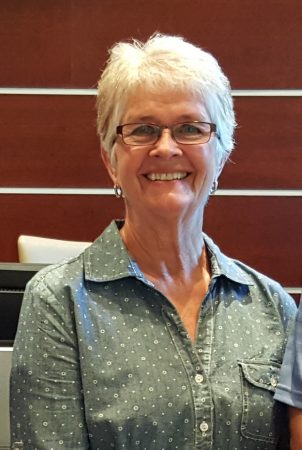 Marianne Breitbach joined the Prior Lake-Spring Lake Watershed District Board of Managers in 2012 after a 30-year career as a Technician in the Civil Engineering field. Her lifelong passion to protect water resources was inspired by spending summers as a child and an adult at her family cabin – located on Big Marine Lake in Washington County. She and her husband, John, live close to the shores of Prior Lake.

At PLSLWD, Marianne demonstrated that passion as a dedicated volunteer wherever help was needed. She volunteered at the District office, Lakefront Days, Clean Water Clean-Ups, carp seines and helped plant native species at the District’s restoration projects at Watzl’s Beach and Fish Point Park.

She served as Vice President on the PLSLWD Board and as the liaison to the PLSLWD’s Citizen Advisory Committee as well as to the Lower Minnesota Watershed District. Marianne also represented the District at the Minnesota Association of Watershed Districts’ (MAWD) statewide and Metro region meetings, in addition to assisting with the restructuring of that trade organization. Marianne’s nearly 6-year tenure on the PLSLWD Board of Managers is very much appreciated!

Note: Marianne’s second term ended in March. Watershed districts are local, special-purpose units of government that work to solve and prevent water-related problems that go beyond political boundaries. The Scott County Board of Commissioners appoints individuals to serve for three-year staggered terms on the District’s Board of Managers. There are five managers on the board and they are responsible for directing the District’s policies.

Board of Managers, PLSLWD board, manager