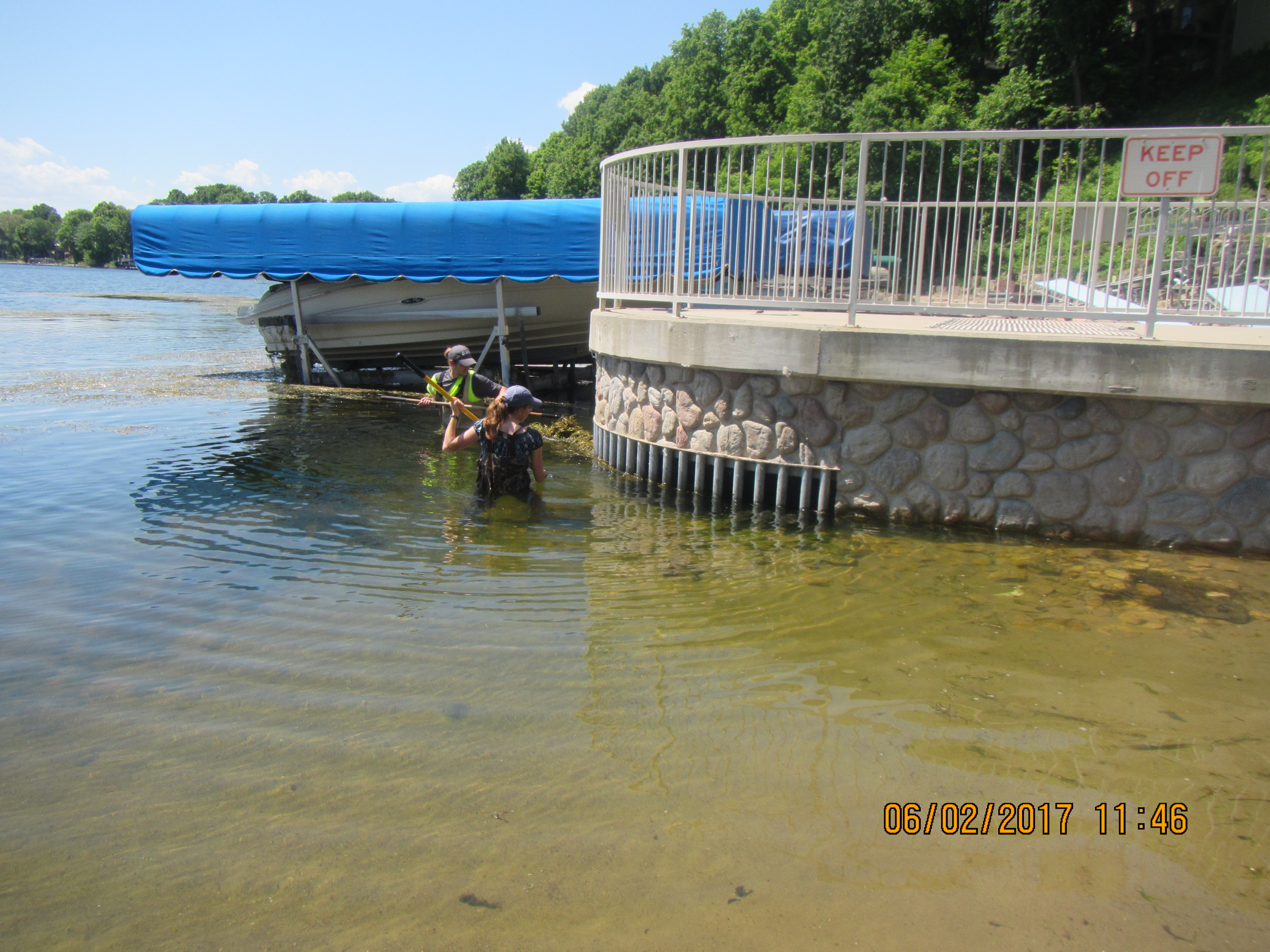 If you happen to be keeping an eye on the lake levels, you may have noticed that Prior Lake started rising a little over the weekend.  With no rain and hot weather, this is not what you would have expected to see.

Prior Lake-Spring Lake Watershed District staff were at the Outlet Structure last Friday to check for debris.  There was a little more vegetation than normal on the structure, but nothing to be too alarmed about.  However, vegetation likely started clinging to the Outlet Structure grate shortly after leaving because the lake level stopped dropping and actually started increasing slightly on Saturday which continued until this Monday morning.  When staff visited the structure this morning, there was a very large quantity of vegetation caught on the grate which was much more than normal. The vegetation build-up had caused the water flow to slow way down, which is the most likely reason the lake level rose over the weekend.  The vegetation was removed immediately and you should expect to see a downward trend in lake levels again shortly. Note: The graph showing the rate of water flowing out of Prior Lake on the District website does not show actual flow measurements but is an estimated flow rate calculated using the lake level and past measurements.  See water level and flow graphs for Prior Lake here.

It is not uncommon for vegetation to build-up to occur on the outlet structure, but certain times of year are much worse than others.  This year, the vegetation seems to be building up on the grate earlier in the season than normal.  The vegetation growth could be due to a milder winter which allowed sunlight through the lake ice, allowing plants to start growing during winter.  Most of the lakes in the Watershed are experiencing higher than normal plant and algae growth this year.  The vegetation build-up could be caused by boat propellers cutting up the vegetation, natural curlyleaf pondweed die-off occurring earlier than normal, or die-off from landowners treating aquatic vegetation.