The Prior Lake-Spring lake Watershed District (PLSLWD) Board of Managers and staff would like to honor and recognize the volunteers who have supported the District in 2013.

The mission statement of the PLSLWD is “to manage and preserve the water resources of the Prior Lake-Spring Lake Watershed District to the best of our ability using input from our communities, sound engineering practices, and our ability to efficiently fund beneficial projects which transcend political jurisdictions.” The efforts of citizen advisors and volunteers for our monitoring programs are integral to the success of the District’s mission.

Throughout 2013, six lakes were monitored for water quality biweekly from late March to late October, precipitation events were measured and recorded across the watershed at three gauge locations, and several watershed management projects were supported and advanced using previous year’s monitoring data. 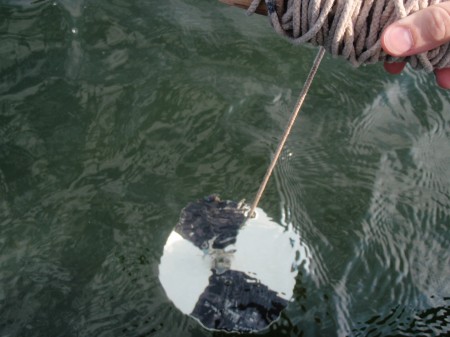 CAMP volunteers use a Secchi disk to measure water clarity.

Additionally, there were new participants in the Raingarden-in-a-Box program, a program that simplifies the raingarden installation process and helps residents create their own raingardens using an all-inclusive kit. Also in 2013, the Citizen Advisory Committee provided citizen input, aided the District in planning, increased community awareness and collaborated on new programs.

We would especially like to thank Bill Kallberg and Bill Schmokel for their support and dedicated service to water resources as former Board Members of the PLSLWD. The key to our success rests in people like you, who embody the spirit of greatness by your continued dedication to water resources. Thank you for your inspiring perseverance and tremendous example to our community. 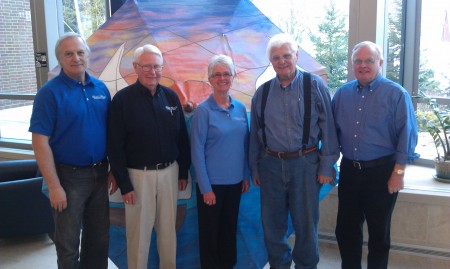 Thank you to all of our volunteers for your efforts throughout 2013! The District’s programs could not be a success without the input, time, efforts, and data collected by dedicated volunteers like you. For more information on volunteering with the Prior Lake-Spring Lake Watershed District, visit our Get Involved! page.

–Prior Lake-Spring Lake Watershed District Board and Staff